ProInf is a Professional & Managed Services organization, equipped with best breed of tools and professional resources for Infrastructure Engineering and Security services.

Threats and vulnerabilities in IT industries result in disastrous security breaches. The ultimate victims of these compromises generally vary between end users like individuals, organizations, and government agencies. The most frustrating part of common vulnerabilities is that they mostly come out in a concealed way and aren't identified, detected, or mitigated.

Even more intriguing is the inflated vulnerability count witnessed lately. Researchers and experts point out the unfortunate condition of vulnerabilities in the IT industry.

Listed below are a few events to help understand the seriousness of the situation.

Hackers can easily shut down an entire enterprise for hours or days, or even publicize their data. The complexity of these attacks led businesses to implement better security than in the past.

Online threats have significantly increased during this period of digital transformation, which has changed the way businesses look over the last few years with hybrid and remote work. Online trends, cyber forecasts, and security predictions are all expanding more broadly and deeply than ever.

Organizations and businesses are taking significant steps to strengthen their security measures as cyber threats are becoming more aggressive. Understanding cybersecurity is critical for avoiding costly network hacks and identity theft, which can ruin a person's reputation or business. Organizations now view it as a crucial measure to increase the skills of their IT staff in addition to implementing firewalls and sophisticated IT protocols. After all, by using cyber hygiene techniques, 80% of data breaches can be avoided.

According to an Infosec report, 97% of people are unable to recognize phishing emails, and 1 in 25 people who click on them are the targets of cyberattacks. Increasing people's knowledge of cybersecurity could help them stop the influx of threats and attacks. Some organizations have started using integrated classrooms for cybersecurity awareness training and promotion. Additionally, businesses are now focusing on their strategies for how their staff members can share and handle private company information.

The IT industry is currently at constant risk from phishing attacks, and many people still fall for phishing emails. Malicious URLs and phishing emails are still widely used online, but they are now much more localized, geo-targeted, and personalized because cybercriminals use more advanced techniques to create well-executed BEC (business email compromise) attacks.

According to Verizon's Data Breach Investigations Report, 32% of data breaches in 2018 had an impact on phishing campaigns in 2019. Organizations are using simulators that can identify and decipher the phishing patterns and modus operandi of new cyber attackers.

As we anticipate what trends 2023 will bring, it is more important than ever to understand that cybersecurity is an endless battle against threats. Despite the increased number of high-profile attacks, everyday corporations win battles against more advanced hackers. However, to win a war like this, we need to be prepared with innovation and stop chasing after the attacker's tail.

The Threat in Remote-Work Environment

Remote employment has long been recognized by attackers as a threat vector. Attackers were known to hijack VPN connections in 2015, even those secured by multi-factor authentication (MFA), according to Mandiant. Unsurprisingly, attackers began moving early in 2020 to take advantage of the quick shift toward remote work at many organizations, including federal agencies like NASA.

For many reasons, the remote work environment is especially alluring to attackers. First, the environment of the home network is not expertly managed. Most importantly, this means that many more home network systems are not routinely patched, and many of them are out-of-date in terms of vulnerability mitigation. Even when serious vulnerabilities are discovered, some products may even be treated as end-of-life (EOL) products by their manufacturers and never receive mitigations.

An attacker who has exploited a system must avoid detection and resist remediation to survive on an enterprise network. The home network is also more welcoming to attackers in this instance; threat detection is typically all but nonexistent, and remediation is incidental, such as when a PC is reinstalled or retired due to slow performance.

You are correct if you assume that this network environment is exactly like the kind found on a public WiFi network found in a hotel, coffee shop, or airport. The concept that one's network should be assumed hostile forms the basis of zero-trust architecture, an emerging trend in enterprise and distributed networking. Extending these zero-trust assumptions is the key to securing the remote work environment. Not just the network but everything outside of the enterprise's control should be regarded as hostile. It's interesting to think that this might even apply to the endpoints used to access corporate resources.

MFA and other tools such as VDI cannot offer a complete solution for these types of attacks. It can be a further step that any remotely accessed machine must be partially managed by the enterprise itself. The most interesting thing is that there are many tools available for this. UEM can be used to ensure that the chances of remote-endpoint access are managed comprehensively.

Giving remote employees access to enterprise applications, data, and services is necessary to support a remote workforce. Equipment is also necessary for employees to access those services. Equipment setup for businesses is expensive and time-consuming. Utilizing equipment already in the user's possession can save a lot of time and money, but it also carries some risk, particularly when it comes to vulnerability to well-known exploits because of lax patching practices. That risk can be reduced using UEM solutions.

Numerous organizations have had to make unforeseen, critical decisions in this Tradespace for the past nine months while facing severe time and financial constraints. Finding ways to get more done with less is understandable in such a situation. Few things pose a greater threat to availability, a security property, than insolvency.

Regrettably, costs are simpler to quantify than risk. One illustration of this, in the context of the shift to remote work during the pandemic, is the decision to isolate the enterprise from potential security issues on end-user equipment by relying solely on the security of a remote-access solution. In other words, even if a VDI workspace is deployed on a vulnerable end-user device, some enterprises consider the multi-factor authentication (MFA) required to log on to a VPN or the temporary nature of a VDI workspace to be sufficient security.

MFA and ephemeral virtual machines form a layer of a defense-in-depth security methodology. However, they are not the end of that strategy. Various techniques exist to bypass them. For instance, an attacker with endurance on a remote-accessed device can

By using remote-access security measures like MFA, certain attack types, like account hijacking and using stolen or reused passwords, are significantly decreased. Similar to this, tools like VDI that employ ephemeral virtual machines can reduce some types of attacker persistence. They are not meant to be effective barriers against every kind of attack, particularly when a client is working on an unreliable system.

The Evolving Role of a CISO

Since the rise of digitization, data security has received considerable attention from the general public. In addition, organizations now have to abide by cyber security laws like GDPR, PCI DSS, and SWIFT CSF. Cyberattacks on IT, IoT, and OT devices have occurred frequently worldwide. It has become crucial for businesses and even individuals to make security decisions in order to minimize the attack surface and protect themselves against data breaches.

As a result of this shift in executive and leader perspectives and increased emphasis on cyber security, CISOs' roles and responsibilities have expanded. The introduction of 5G technology, cutting-edge AI software and applications, an increase in IoT devices, the trend toward hybrid work models, and stringent mandatory regulations have all increased the challenges that CISOs must now deal with.

As a result, the work of CISOs will become more intricate and involved. They must keep track of all sophisticated attacks and laws. The newest technologies must also be learned by CISOs to protect against emerging threats in the contemporary world.

The Need for Cloud Security

Security measures must be monitored and constantly improved in order to prevent data leaks in the cloud. In 2023, the number of businesses using the cloud will sharply increase and this implements the number of attacks on cloud services will also increase.

Remote work introduces new cyber threats, particularly for cloud applications. This risk rises as a result of the large number of unsecured connections. Many employees use their own devices or even mobile apps for instant messaging. The majority of requests for two-factor authentication are sent through personal gadgets. Due to the fact that the majority of these applications are hosted in the cloud, even a single weakness can put the entire organization at risk.

Therefore, CISOs must concentrate on providing a second layer of protection for cloud applications to ensure the best security in 2023. 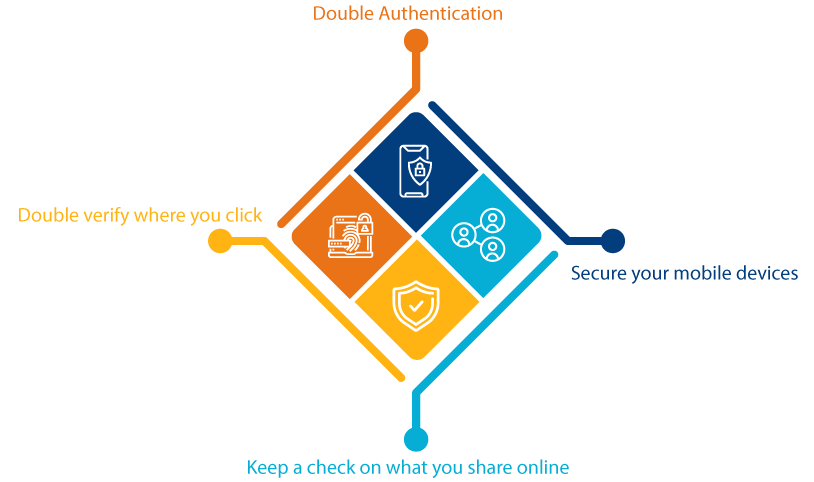 Some occurrences of cyberattacks

The following list includes details on some of the serious cybercrimes that occurred in 2022.

Scammers and other malicious attackers have used the conflict in Ukraine as a major opportunity for donation and fundraising scams. Emails with subject lines like "Help save children from Ukraine" are used to specifically target victims. War-related cybercrime statistics for Ukraine:

The largest data breach reported in 2022 was the Shields Healthcare data breach. On March 28, 2022, Shield Health Care Group, a business with its headquarters in Massachusetts, discovered questionable network activity.

Further investigation revealed that some Shields systems had been compromised by a malicious tool. Major collaborators like Tufts Medical Center and UMass Memorial MRI were impacted.

Over 2 million people were impacted by the data breach, which exposed their social security numbers, medical records, diagnoses, billing information, and PII like addresses, dates of birth, patient IDs, and more.

According to reports, the breach was caused by gaining access from a third-party healthcare provider.

A bug in the Meta pixel code, according to Novant Health, may have resulted in the unauthorized disclosure of 1,362,296 people's protected health information (PHI).

In its place, Meta, the parent company of Facebook, is being sued twice after it was discovered that the improper configuration of the Meta Pixel had resulted in the disclosure of sensitive data to Meta.

Patients, doctors, and facilities at Novant Health were informed about the potential for information disclosure. However, neither Meta nor any other party has publicly acknowledged using the information that was disclosed.

Due to digitization, startups, established businesses, as well as government organizations, are making the fullest use of computerized technologies. By 2023, it will be a shift that this optimization is adopted and will increase. Huge endpoints will be created in the digital payment sector and they must be diligently secured. Digitization is being followed by the recent trends in cyber security which can only increase exponentially.

Taking the recent trends into consideration, the following predictions can be expected in cyber security

Since cyberattacks are growing very fast globally, it is essential to have adequate cybersecurity knowledge to protect your company or yourself from such dangers. In today's cutthroat job market, having the necessary cybersecurity expertise also gives you a significant advantage. For anyone looking to improve and be more resilient, Proinf offers professional cybersecurity and cloud security. Working with our best in-the-field cybersecurity specialists will aid in protecting your company from potential threats.

How to build the Next-Gen SOC?

A security operations center (SOC) is the central location where a company's security team monitors...

Threat Hunting Techniques Most Commonly Used in the Industry

Threats and vulnerabilities in IT industries result in disastrous security breaches.

Let’s begin the journey together

We’re here to help. Reach out to schedule an introductory call with one of our team members or schedule a demo.

We use cookies to enhance your user experience. By continuing using our site, you agree to our use of cookies.